Community Justice Ayrshire are championing the efforts of our Unpaid Work Teams across Ayrshire.  We want people to understand the importance of their role in community justice and reducing re-offending.   We hope this information will raise awareness of the benefits of unpaid work and highlight some of the positive action undertaken in our communities.

Today we shine the spotlight on our Unpaid Work Team in North Ayrshire.

What is a Community Payback Order?

What is Unpaid Work?

An unpaid work requirement gives the person the opportunity to contribute in a positive way to local communities.  Work undertaken as part of unpaid work does not replace paid employment but enhances work carried out by the local authority and community groups. 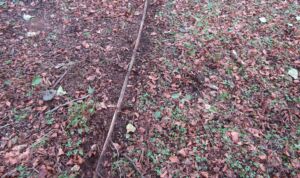 What Type of Unpaid Work is Undertaken?

The Unpaid Work Team is well equipped to undertake a variety of tasks including, litter picking, gardening, painting, creative arts and crafts, stone masonry, removals and woodwork to name but a few.

The unpaid work squads provide regular support to a local Foodbank at Church of Nazarene in Ardrossan by carrying out local distribution of allocated food across North Ayrshire.  As well as this the squads often provide support to local charity shops by collecting donated furniture and delivering purchased items.  This is a valuable resource for those who might find it difficult to pay for an uplift of large items.

With three well equipped workshops, the Unpaid Work Team provide training in woodworking skills as well as arts and crafts.    Items such as mud kitchens, planters, chairs and benches as well as festive reindeer and snowmen are all made in the workshop and then sold with funds going to the Income Generation Fund. 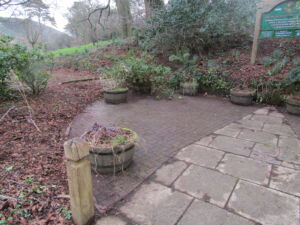 The Benefits of Unpaid Work

People who undertake unpaid work have an opportunity to repay their local communities for the harm caused by their offending.   They pay in time and hard work whilst developing new skills and confronting their offending behaviour.

Unpaid work allows the person to develop and improve their social skills making positive connections with people and communities.  The unpaid work requirement also allows for “other activity” to support people by providing educational support and guidance to enhance their employability status.

The Unpaid Work Team has two Employability Mentors based within the team who work with people who are currently involved in the justice system or have recently exited.  The Employability Mentors aim to offer advice about local training and employability support services to encourage people to build on their individual capacity, and routes into employment.   Employability Mentors have time to offer intensive support to people, building positive relationships and looking at what barriers they may face, what their aspirations are and what is achievable. 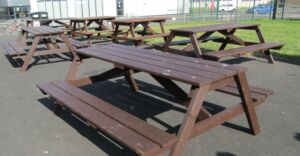 Engagement with People and the Community

The Community Payback Co-ordinator regularly attends Community Council meetings to establish needs within the local areas where Unpaid Work Teams can assist with meeting those needs. The service is also advertised on CARENA for support with projects throughout North Ayrshire area.

People are routinely asked to complete an exit questionnaire on completion of their unpaid work and their views and suggestions for continual improvement of the service are gathered. These are then collated and put forward towards development of the service.   People are also given a degree of choice in the nature of the work they undertake while carrying out unpaid work, this is discussed at the start of their order when undertaking an induction. 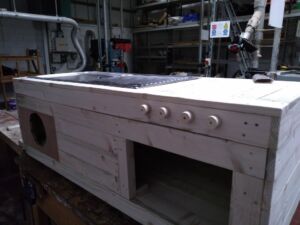 Since the resumption of service following the national lockdown the Unpaid Work Team have refurbished several benches at St. Anthonys Primary School as the paintwork had peeled away.  The squads were also responsible for building new picnic benches on behalf of the Parent Council at Auchenharvie Academy, which offered additional seating to support social distancing during break times.

The Unpaid Work Team were asked to create a mud kitchen and wigwam for a local nursery which is now used to support outside play.   The unpaid work workshop was also used to facilitate the build of a Storyteller Chair for another local nursery.

“We are delighted with the picnic benches”

“We are overwhelmed by the standard of work undertaken”

In Arran the Unpaid Work Team were asked to restore some of the local public benches, paint the Putting Green Sheds, undertake some repair work on the vintage bus shelters as well as clearing weeds and undergrowth around a local building on the Island.   Supporting the local drama group, the Unpaid Work Team refurbished the stage in the local hall in Whiting Bay, which will be used to stage events in the future.

“The work is very much appreciated and worthwhile; it is also done to a very high standard.”

“I would like to express our gratitude for the work done by the team within our community.” 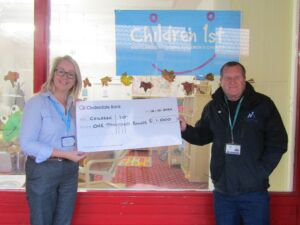 Some of the woodwork items manufactured in the workshop, such as picnic benches and planters are sold throughout the year as part of the Income Generation Project.  This year the project has donated monies to local charities across North Ayrshire, including Headstart, Children 1st and the George Steven Centre.   Charities are selected through voting from people participating in unpaid work.  People participating in unpaid work are actively engaged with deciding what local charities will benefit from the Income Generation Fund.

If you feel your organisation or community group would benefit from the support of Unpaid Work then referrals should be made via telephone to George Hannah, Community Payback Coordinator – Tel: 01294 608900.